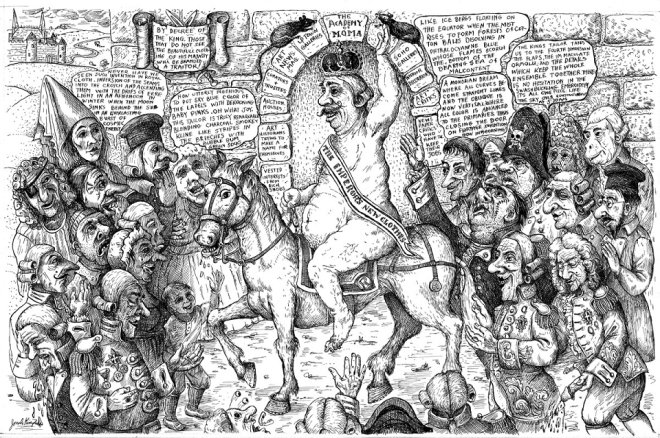 I was listening the other day about the junior doctors’ strike and new contracts in UK. Some time ago I spent two half days at school admission appeal hearings. Everyone is giving their own reasons for rejections, lack of development, lack of motivation to work… While everything ends up with a magic word RESOURCES. Lack of resources. And somehow, at that moment, it starts sounding more like excuses rather than real reasons. Many years ago, we had a discussion with my ex-colleagues in Ireland. We were discussing an article, which was analysing most inventive “real life” survivors. We came up with few conclusions, but the most important was: a will. A will and effort to manage available resources in a best possible way. That is why I would like to ask: what is it that people are actually lacking? Imagination? Inventiveness? Attitude? Or just resources?

Do you know the feeling of wanting to change the world? I do. And, on top of other things, I like to consider myself procurement specialist. Therefore, after hearing, that someone is lacking resources, I decided to have a teeny tiny look (just taking a glance, really) of how they are managing their current resources. We have changed quite a few schools recently – I had some insights from my own experience and this subject was a bit painful for me before. I chose to have a closer look at school uniform prices. I took a secondary school blazer as an example. What was I looking for? Information, to start with. Some insights about efficiency. Patterns, maybe. Attitudes – for sure.

How did I do it? I analysed more than thirty (30) schools, six different suppliers. It was not that difficult and took me just a couple of hours – all the information is available publicly. Please see the graph below shortly indicating the results:

I would like to state in advance, that I have no intentions to judge or jump into conclusions. There were few suppliers like the “Y supplier”, quite a few similar to “X” and “Z”. For me, this exercise was a discovery. Again, no conclusions, just questions:

I understand differences in models, in sizes. I mean – I get it. But three times the difference? I actually found schools, whose full recommended uniform set costs £73, who really have no supplier preferences. And the pattern was quite clear: the suppliers, that have consistently low price, have very small differences among their own products, which really represent specification differences (sizes, models, girls / boys, pockets, etc.). However, the suppliers, which have “differentiated pricing policy”, really take it all the way.

Seeing this, there are way more questions to be answered. Questions, such as: which part or “lack of resource” is really lack of resource? Why is this such a wide practice? It is all official and public – and raises no questions? Is it valid only for “blazer” as such or everything that they buy? Is it applicable only for educational sector or everyone: private, public sector?

Sometimes, all it takes, is just to open your eyes. Stop for a second, drop what you were doing (especially, if it was complaining and wining) breathe and open your eyes. Michael Jackson was singing: “If you want to make the world a better place, take a look at yourself, and then make a change”. Who’s with me?

The Emperor’s new clothes. Or what does it take to become efficient in procurement.

2 thoughts on “The Emperor’s new clothes. Or what does it take to become efficient in procurement.”